Moshe, in his forties, lives in Haifa, and his life is difficult, to say the least. His wife wants a divorce, his mistress is sleeping with his best friend, his mother calls him Moshe, and his father calls him Moussa. His mother is Jewish, his father Arab. This film is the second part of the trilogy about Israeli cities.

“Yom Yom is set in a time of moral and political confusion that seems almost idyllic by today’s inflamed standards. (…) The film is structured as a series of vignettes: Should Yussef (Moshe’s father) sell his childhood home to an Israeli developer? Should Moshe and his wife Didi stay together? These small dilemmas play out against the backdrop of a much greater morass – where is the country headed? From the perch high above events, Mimi (Keren Mor), a traffic controller, watches over the chaos bemusedly. Part of a trilogy of films devoted to Israel’s three main cities, Yom Yom draws upon Haifa’s tradition of peaceful coexistence between Arab and Jewish neighbours to tell a dark comic tale of characters driven by divided loyalties and neurotic inhibitions. Gitai’s genius is to show the conflict infiltrating every encounter, from the marketplace to the bedroom and beyond. The vivid portraits of Israeli social types, whether arrogant reservists or hapless nebbishes, stand in sharp contrast to images promoted in the media.”
Leslie Camhi, The Village Voice, February 20, 2001 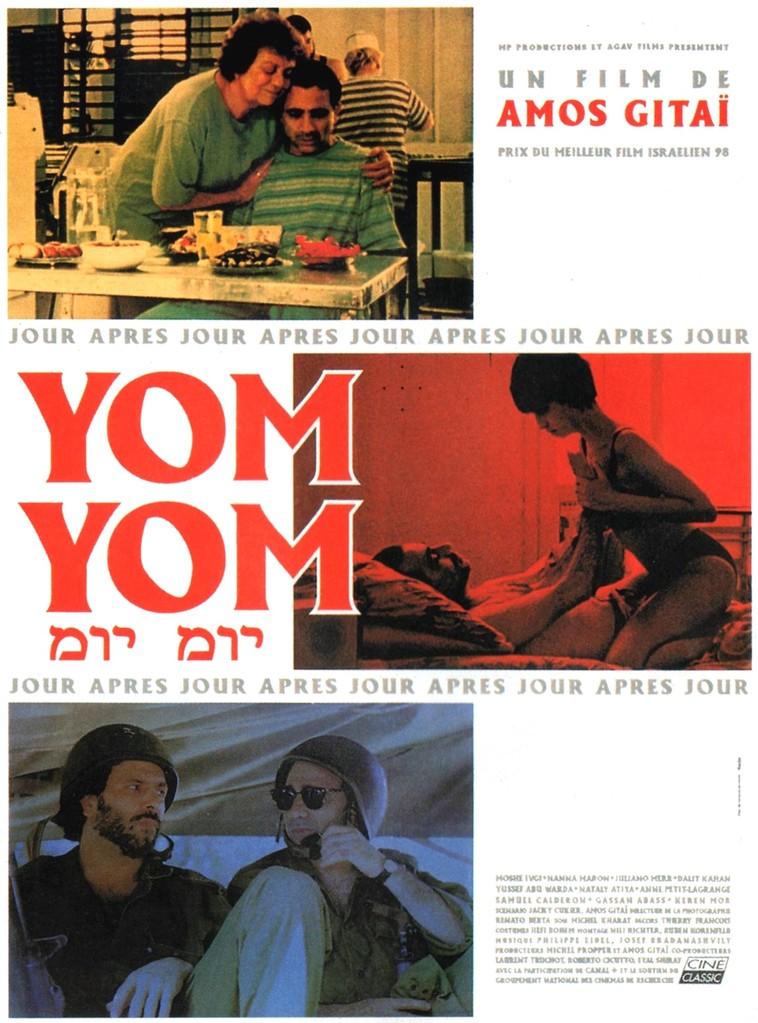